We are always looking to recruit talented and motivated attorneys

A Career at Herzog Fox & Neeman 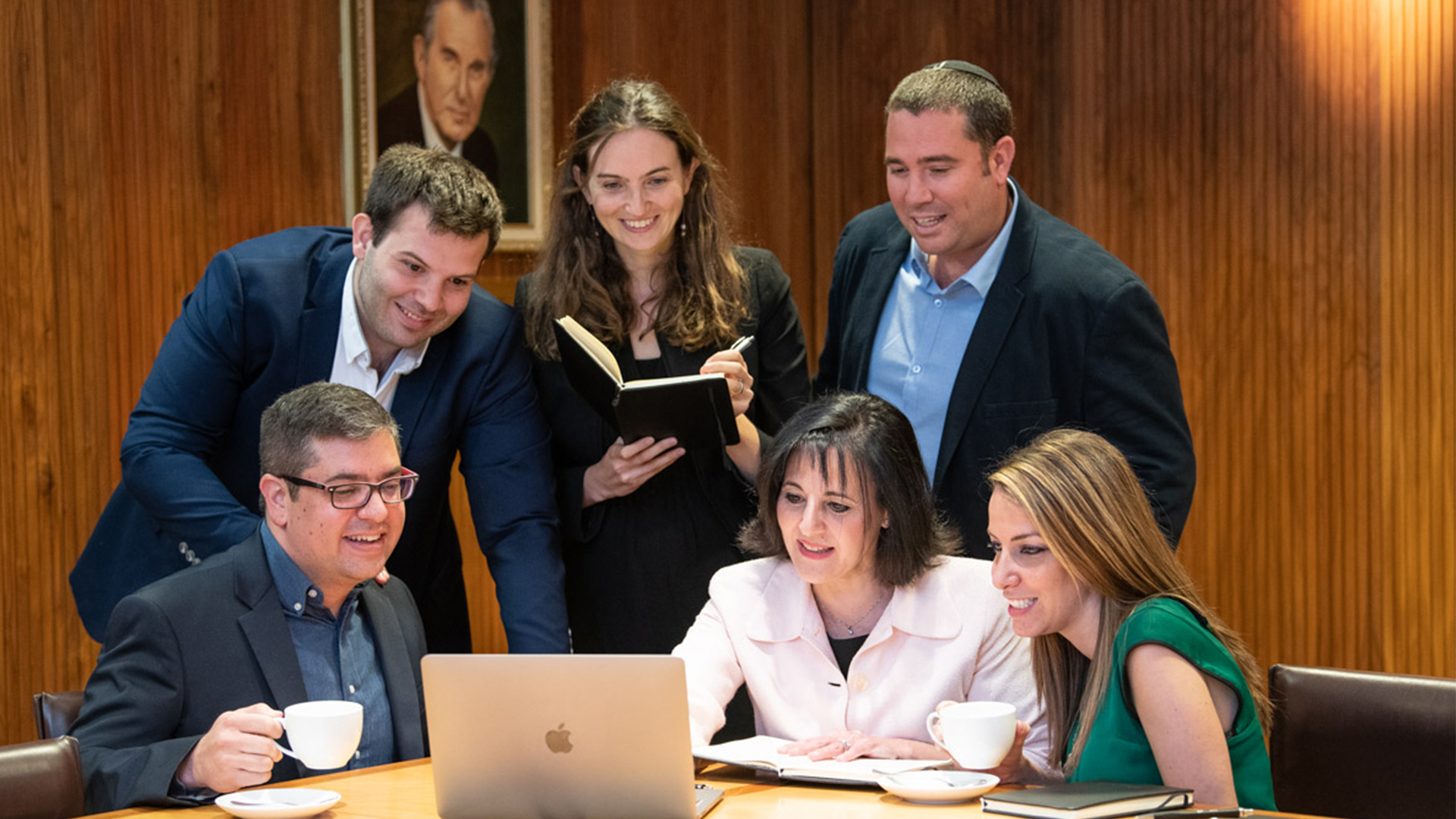 We are always looking to recruit talented and motivated attorneys who are looking for a challenging and rewarding work environment with long term career prospects. Candidates who join us will find themselves playing a key role in complicated and innovative legal work, with real opportunities to be a part of the team.

We are keen to hear from candidates from both the private and public sector who are interested in joining our team.

There are no open positions at the moment.
Lawyer – Environment and Climate Change position # 1091

Herzog Fox & Neeman is looking for an experienced associate (2-3 years experience) to participate in the development of our Environment and Climate Change practice.
Please send your CV to jobs@herzoglaw.co.il

Herzog Fox & Neeman is looking for a native English speaking associate, with experience (1-5 years) in corporate commercial law to join our Hi-Tech department. Please send your CV to jobs@herzoglaw.co.il

Herzog Fox & Neeman is looking for a talent beginner lawyer with high motivated team player who wants to take on this uniquely dynamic and cutting edge practice area.

In this position you will advising clients on a wide range of issues, focusing on gaming regulation, licensing, ongoing compliance and litigation.

English proficiency – a must.

Please send your CV to jobs@herzoglaw.co.il

Please send your current resume or CV and a cover letter setting out your plans for moving to Israel and any other information you feel we should know to Alan Sacks jobs@herzoglaw.co.il. We will not contact current or former employers without your approval.

How do I qualify as a lawyer in Israel?

Qualifying as a lawyer in Israel may involve a set of preliminary exams (‘Dinei Yisrael’), an internship period and sitting for the Israeli Bar exam. However, the exact requirements depend on the jurisdiction in which you are qualified and the amount of post-qualification experience that you have. For more information, please see the Israel Bar Association website (www.israelbar.org.il).

Who are we looking for?

We are always looking for motivated qualified lawyers from outside Israel who are moving to Israel, especially those from the USA, the UK, Canada and Australia. We are keen to recruit talented and experienced lawyers who can help us develop our international practice in a wide variety of practice areas.

What experience is relevant?

We are particularly interested in lawyers who have experience in the fields of corporate, M&A, hi-tech, banking and finance or corporate securities.

Will my experience be taken into account in allocating work?

Yes – we expect experienced lawyers to do the same level of work as they were doing before they joined Herzog Fox & Neeman. There may be a short ‘getting to know you’ period, but as soon as we see that a lawyer can handle responsibility, we will be happy to accommodate.

What is your biggest challenge?

“My biggest challenge is finding the subtle balance for the client between acting within the existing regulatory framework, creative, flexible thinking and offering “out of the box” solutions.” 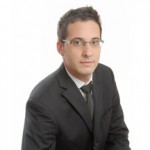 What do you love most about the firm?

“Professionalism without compromise and a loving family!  The workplace should not just be a place you occasionally visit in order to collect your monthly salary.  I feel that Herzog Fox & Neeman and its legal team – professional and administrative – are, quite simply, family and friends!  And of course, the expertise and uncompromising professionalism of Israel’s most esteemed lawyers, who have trained both at home and abroad, with whom I work each day on the biggest, most complex transactions on the domestic and international market.  There is no limit to the legal challenges and the scope of legal work.  It is an honour to be a part of it.” 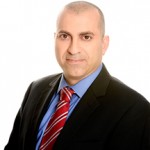 “I chose to be part of Herzog Fox & Neeman due to its professional reputation and my desire to be a part of the biggest and best firm in Israel.  I discovered that this is a winning team, particularly in terms of the mix of people.  The sense of belonging, being part of a family in such a large and professional environment is not a foregone conclusion, whereby when working on large and complex cases, sometimes under immense pressure, there is always a pleasant atmosphere with all departments cooperating at all levels to achieve a common goal.” 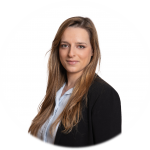 I joined Herzog Fox & Neeman in 2000 “fresh off the boat” when I emigrated to Israel from England having just graduated from Cambridge University.
Herzog Fox & Neeman was the obvious choice for me having such a strong reputation in cross-border work and with an international department populated with people many of whom, like me, had either grown up abroad or lived for a considerable period of time there.

I spent two years at Herzog Fox & Neeman training and qualified as an Israeli lawyer after sitting the bar exam in 2002. My training period at Herzog Fox & Neeman was a lot of hard work but also fun as I got to do a wide variety of work and was given the opportunity to take on increasing amounts of responsibility as confidence in my abilities grew despite my junior status. I arrived in Israel with very basic Hebrew indeed but it quickly improved once I started refusing to respond to colleagues in English (Israelis only of course!).

Herzog Fox & Neeman provided a great setting to, on the one hand gain proficiency in Hebrew and, on the other, turn my mother tongue to an advantage both in drafting documents and communicating with clients. On a social level Herzog Fox & Neeman had a real “family” atmosphere to it and I made several good friends – working at Herzog Fox & Neeman definitely assisted me in settling down as a new immigrant in a foreign country.

In 2002, I moved to Paris where I worked at Allen & Overy until 2006. Throughout my time abroad I remained in contact with several of my colleagues at Herzog Fox & Neeman and visited the office regularly throughout my absence. Upon my return to Israel in 2006 it was a “no brainer” for me to come back to Herzog Fox & Neeman.
Despite being abroad for a considerable period of time in many ways it felt like I had never been away and colleagues were welcoming to and supportive of me as I readjusted to life in Israel.

Since then I haven’t really looked back – the work at Herzog Fox & Neeman is challenging and rewarding and there is huge scope for an individual to advance and progress for those seeking to do so. 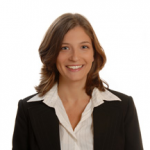 I was admitted as a solicitor in New South Wales (Australia) three days before I left the country.

I arrived in Israel fresh-faced, newly-qualified, and with absolutely no idea of what lay ahead.

You’re given every opportunity to “hit the ground running”, to learn on the job surrounded by remarkable lawyers who also happen to be remarkable people, and to make the most of the opportunities that are thrown at you.

The areas of law that I have worked in at Herzog Fox & Neeman are incomparably more diverse than I ever could have worked in at a big firm in Australia: M&A, investments, commercial, tax, private clients, restructuring, litigation – and that’s just the things I’m working on right now. I even bought a private jet for one client.

Of all the firms in Israel, Herzog Fox & Neeman is clearly the one which can offer not only the most opportunity, but also the most stability. Even in difficult economic times, Herzog Fox & Neeman has a large and busy international team which is constantly looking to recruit good people who know how to communicate, how to think, and how to work with people.

Especially when you’re new in Israel, being constantly surrounded by intelligent and helpful Hebrew and English speakers who want to get to know you, is an incredible start and helps immensely with navigating the bureaucracy and unfamiliar culture. 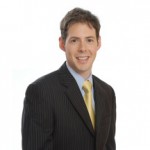 I found my place in the firm right away. I knew where I was going and the team knew I was coming. The integrated world of technology and law is very interesting and I really wanted to get there. I wasn’t thrown in at the deep end right away, instead they encouraged me to learn and understand better. Slowly I got more and more work to do, and they monitored my work in order to help me improve. They spend a lot of time here giving feedback to the interns and answering questions. Experienced attorneys spend their valuable time assisting the interns and answering questions.  I think I made a great decision; this is such a fascinating, interesting and dynamic field and I came across some of the most interesting companies. It also creates challenges, such as the need to catch up on the technological stuff. In the beginning, I took several courses to fully understand our client’s world. 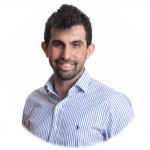