In a fast-track legislation procedure, taken in light of the coming elections, the Israeli parliament (the Knesset), passed a major reform to Israeli competition law (the “New Legislation”).

The reform includes a long-awaited relaxation of merger filing thresholds, a major change in abuse of dominance provisions, enhancement of enforcement, including with regard to company officers, and significant semantic changes in the names of the law and the Israeli competition watchdog:

These changes signify far more than mere semantics; they reflect a trend in recent years whereby the Commissioner and the Authority have been involved in far more than the mere enforcement of the Law. The Authority has been involved in the legislative process of reforms led by other regulators, where the subject matter was the introduction of further competition; the Commissioner has enforcement powers under specific laws to enhance competition, such as the Law to Reduce Concentration and Promote Competitiveness, 2013, and the Law to Promote Competition in the Food Sector, 2014. The Authority also established a research division, which issues reports on competition in selected sectors, with suggestions for reform and improvement. In a nutshell, it would seem that the name “Competition Authority” is appropriate indeed.

The New Legislation increases the Combined Turnover Threshold from NIS 150 million to NIS 360 million (for 2018, approximately €85 million / $101 million)). The Individual Turnover Threshold, which is set by regulations, currently remains unchanged.

In addition, the first threshold will be changed to “the parties will become a monopolist as defined by section 26(a)(1)”, namely – the joint entity will have over 50% of the market share in the supply of purchase of products or services. This clearly removes the 50% threshold for local production.

With regard to the third monopoly threshold, it is important to note that the change in the definition of monopoly discussed below (adding a market-power test to the existing market-share test) will not apply to mergers. Thus, the third filing threshold will remain as having over 50% of the market-share in any market in Israel.

Commentary: Increasing the annual turnover threshold is an important step that will reduce the regulatory burden for many mergers with no impact on competition. Unlike former reform proposals, the New Legislation does not include a general prohibition on mergers which harm competition. Mergers below the threshold will remain legal per se; they will not require any further assessment and will not be subject to ex-post challenges.

However, one of the implications is that parties that do not meet the turnover thresholds will have to carefully evaluate the market definition and their market shares before deciding whether to file merger notifications.

Review Timeline – Introducing a “Phase II” Review Period: Prior to the reform, the Commissioner was required to reach a decision regarding a merger within 30 days of filing. This period could only be extended by the Antitrust Tribunal or by voluntary agreement of the parties to the merger. An extension by the tribunal is rare, and generally avoided by the Authority. On the other hand, the Authority has been concerned about being dependent on the goodwill of the parties, and in the past, has frequently stressed the need for an easier mechanism to enable extension of the review time.

According to the New Legislation, the Commissioner is allowed to extend the review period by up to 120 days. In parallel, the New Legislation changes the timeframe for reviewing exemption requests for restrictive arrangements (to date – 90 days, which may be extended by 60 days), and aligns it with the merger review timelines. Not only is this relevant to mergers with restraints that do not meet block exemption requirements (now a more rare occurrence in light of the changes in the relevant block exemption – see below), but also to agreements that do not amount to mergers, such as joint ventures between competitors.

Commentary: The New Legislation may appear to establish a phase I–phase II review system. Nonetheless, in order to extend the deadline the Commissioner is only required to demonstrate that the review of a merger notification “justifies” the extension of the period. There is no specific requirement of transaction complexity or competitive impact. There is also no procedural change with regard to the measures the Authority is allowed to take within the framework of the merger review. However, the Commissioner must provide the merging parties with a reasoned notice of extension, in writing. No appeal mechanism has been introduced for a decision to extend the review period, and it can only be challenged by approaching the Israeli Supreme Court, sitting as the High Court of Justice, which has very strict review standards, and will only overrule the Commissioner’s decision under extreme circumstances, e.g. a severe breach of due process rights.

The New Legislation expands the definition of “company” by incorporating non-profits and certain unregistered partnerships. This definition is broad enough to include almost any corporate entity in Israel.

The New Legislation will bring the scope of the Israeli merger-control application much closer to the application of the monopoly chapter of the Law, which applies to “persons” (including corporations) and to the restrictive arrangements chapter of the RTPL, which applies to “persons conducting business” (again, including corporations).

Commentary: The new additional definition is more ambiguous than the current one. It contains no guidance as to what will be considered “market power” and is likely to cause some uncertainty until the dust settles and the Authority and the Courts have had time to apply it. Nonetheless, since the monopoly provisions of the RTPL were fashioned almost entirely after article 102 of the Treaty on the Functioning of the European Union (which, at the time, was still the ‘EEC Treaty of Rome’), it is reasonable to assume that the IAA will follow the example of the interpretation of “dominant position” in European Union law.

Restraints of Trade: A Major Reform in Block Exemptions, Moving Towards Self-Assessment

A few weeks prior to the New Legislation, the Authority issued two amended block exemptions for restraints ancillary to mergers and for joint ventures. These constituted a major reform in Israeli block exemptions, making a significant step towards self-assessment of horizontal agreements (between competitors).

See our update here about the new block exemptions.

On the other hand, the New Legislation shortens the timeline for reviewing restrictive arrangements (trade restrictions) to match that of merger review (30 days), which may be extended with reasoned notice to the parties by up to 120 additional days.

Overall, the changes in the block exemptions and the change in review timelines for agreements requiring specific exemptions truly mean a reduction in the regulatory burden for restrictive arrangements, including agreements between competitors. The IAA takes the new block exemptions very seriously, even returning some ongoing, individual exemption applications to the parties for self-assessment.

Finally, the New Legislation increases the IAA’s enforcement powers, which are already quite formidable:

Prior to the New Legislation, the Law’s officers’ liability system was a strict liability, meaning no prison sentence could be imposed on officers in the absence of proof of negligence on their part.

In summary, we are witnessing a major reform, which complements former developments and reflects the Authority’s aspiration to focus more on the subject matter of competition and competitive analysis and less on form and technical matters. From an aerial view, and while we may disagree on the details of its implementation, this is a welcome trend.

We are at your service for any questions you may have on this major reform in Israeli Competition Law. 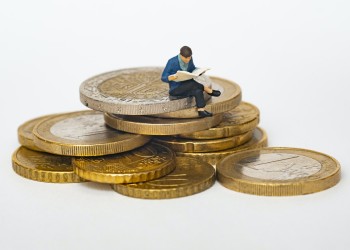 Reduction In Amounts Permitted to be Paid in Cash as of August 1, 2022 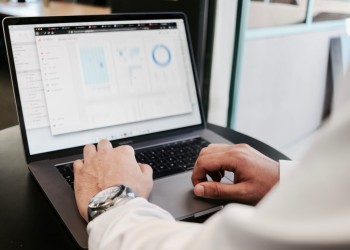 The Criminal Information and Rehabilitation of Offenders Law-2019 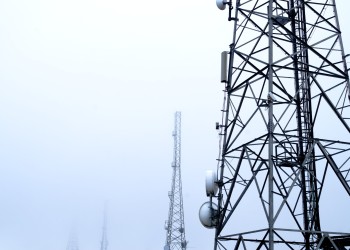