The Equal Pay for Male and Female Employees Law, 1996 (the “Law“) establishes an obligation of gender equality with respect to wages and other work-related compensation. Until recently, the Law only imposed an obligation to report gender data regarding employee wages, on certain employers (mainly those that are budgeted by the State and Public entities).

However, on 25 August 2020, the government published a significant amendment to the Law (the “Amendment”); this Amendment imposes a duty on all employers employing more than 518 employees, to publish information about the average wage differentials between male and female employees. The first reports should be published by 1 June 2022, in relation to 2021.

Background and the Obligation of “Equal Pay”
The Law, which was enacted in 1996, is aimed at promoting equality and preventing gender-based discrimination in wages and other work-related compensation (together, simply “Wages”). The Law states that female and male employees, employed by the same employer in the same workplace are entitled to equal pay for work that is the same, equivalent or substantively equivalent.

Who Is Required to Report?
In 2014, the legislature amended the Law and required certain employers that are lawfully required to publish information about, or report wages of, their employees and officers (as noted, mainly employers that are budgeted by the State or Public entities), to include in such publication or report, information about gender. The current Amendment significantly expands the obligation to collect and publish data regarding salary gaps, to all employers that employ more than 518 employees (For present purposes, we will refer to employers with reporting obligations, both those with a prior reporting obligation and those newly covered by the Amendment, as “Employer Obligated to Report“).

The Amendment also states that, beginning on 1 June 2022, the Minister of Labor, Welfare and Social Services may – with the consent of the Minister of Finance and with the approval of the Knesset’s Health and Welfare Committee – extend the Amendment’s requirements to cover employers with 518 or fewer employees as well.

Even before the Amendment, employers were required to provide employees, at their request, with information about their employees’ wage levels (subject to certain lawful limitations); however, the Amendment requires employer-initiated disclosure.

What Are the Obligations for an Employer Obligated to Report?

A. Preparing an Internal Report
An Employer Obligated to Report must prepare an internal report, once a year, based on data it collects, in which it will detail its employees’ average wages, for each employee segment, while detailing the average wage differentials between male and female employees, in percentages, for each group of employees at the workplace (the “Internal Report”). In its Second Appendix, the Amendment describes a list of data points that the Internal Report should include, for example: data on the division of the employees into groups based on employee classification, position or rank; data on average wage and wage differentials (as percentages), by groups of employees, and by the scope of their employment, and with reference to their gender; and data on the rate of employees whose wages are lower than the average wage at the workplace, with reference to their gender.

B. Disclosing to Employees
An Employer Obligated to Report must provide each employee with information about the employee group to which the employee belongs within, the employee segment, employee classification, positions or ranks in the group and the wage differentials in such group, in percentages. This disclosure should take place annually together with, and based on the Internal Report, provided such disclosure does not violate any other legal requirement.

C. Publication of a Public Report
An Employer Obligated to Report must publish a public report (the “Public Report“) – including on its website, if applicable. The Public Report must include, among other things, data (in percentages) regarding the average wage differentials among the employer’s employees, by employee segment and scope of employment, with reference to gender, as well as data (in percentages) regarding the rate of the employer’s employees whose wages are lower than the average wages at the workplace, with reference to gender, all as specified in the Amendment’s Third Appendix. The Public Report must be published once each year, in conjunction with (and based on) the Internal Report.

According to the Amendment, the Public Report will present the data without revealing the names of the groups of employees at the workplace and in a manner that does not enable the identification of a particular employee, or reveal other sensitive information, as defined by the Amendment. An Employer Obligated to Report may offer additional information explaining the differentials in each employee group, provided that this data appears under a separate heading and does not include information enabling the identification of a specific employee.

When Will the Amendment Take Effect?
The Amendment will take effect two months after its publication (i.e., on 25 October 2020). An Employer Obligated to Report must prepare its first Internal Report and publish its first Public Report no later than 1 June 2022, for year 2021.

Summary & Recommendation:
This is a significant Amendment. Although the preparation and publication of reports on gender related pay gaps is set for June 2022 (at the latest), there is already an obligation, on all employers, to pay equal wages to both genders. The groundwork ahead of the preparation of an Internal Report and publication of a Public Report requires employers to start the process of being acquainted with the instructions detailed herein and examining the scope of requirements applicable to them according to the Amendment, and their implementation at the workplace.
********************************
As always, we are here to help with any question or to assist you in your preparations to implement the legal requirements.
The Labour and Employment Department
Herzog Fox & Neeman 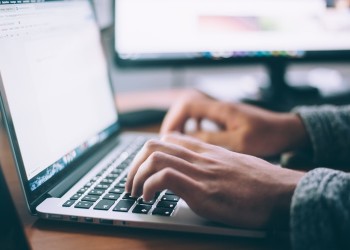 Transfer of Personal Data from Israel to the US 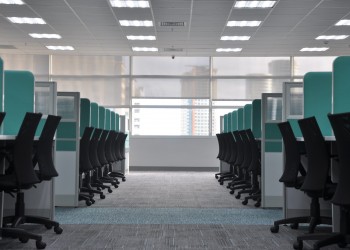 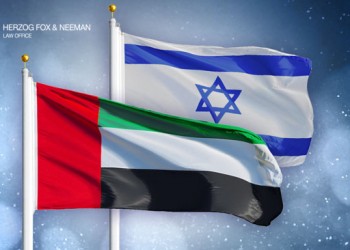